The start of something new! Lindsay Arnold welcomed her and husband Sam Cusick’s first child, a baby girl, on Monday, November 2.

“The most beautiful surprise on this very special day,” the new mom captioned a photo taken in the delivery room on Instagram. “Baby Girl and mama are healthy and well more details to come but wanted to share this first pic of our little family #birth #mama #babygirl #csection #pregnancy #39weeks.”

The dancer, 26, announced in May that she had a little one on the way. “Ohhhhhh baby,” the Utah native wrote via Instagram at the time. “Mom and Dad love you already. #November2020 #pregnant #pregnancyannouncement.” 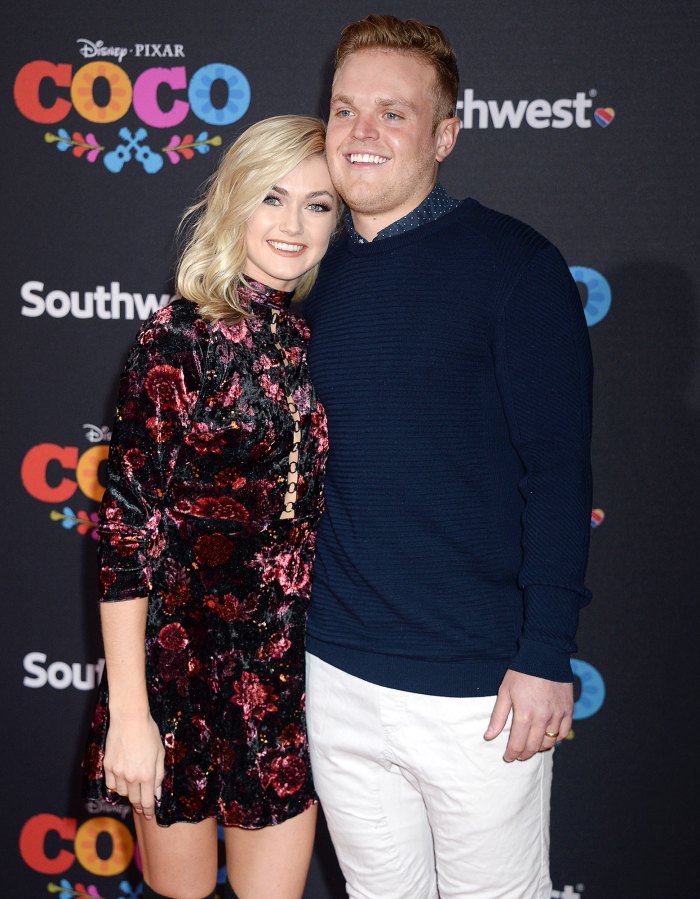 Later that same month, the So You Think You Can Dance alum found out the sex of her and Cusick’s baby-to-be with the help of pink confetti.

While the then-pregnant star felt “great” at 21 weeks in July, she exclusively told Us Weekly that the first 12 weeks were “very tough.” The Dancing With the Stars alum explained, “You don’t feel like yourself. There’s so many things changing. I had a bit of nausea. I was always tired.”

The mom-to-be documented her baby bump progress via Instagram, from PDA pics with her high school sweetheart to bathing suit shots.

While awaiting her little one’s arrival, Arnold looked to fellow DWTS pro Peta Murgatroyd for advice. “She was so happy,” she told Us. “Ever since she had her baby, she’s just been like, ‘Lindsay … it is the biggest and most incredible thing that will ever happen to you. So don’t be nervous. It’s going to be incredible.’ It was cool to have that reassurance from her before and … now [she’s like], ‘If you need anything, let me know.’”

Arnold gushed over the actress’ “stronger than ever” return to the ABC show after her son Shai’s 2017 birth, saying, “It’s been very cool for me to watch her do that and realize just because I’m having a baby doesn’t mean I’m done with what I love to do.”

As for Arnold, she plans on returning to DWTS. “I have every intention of coming back,” she exclusively told Us in May. “I mean, I love that show. … [Until then], I am hoping to be a part of the show in other ways. I’ll have our baby in November, which gives me about 10 months to have time with the little babe and then get back into shape and get back into dancing to hopefully be back around for the next fall season.”